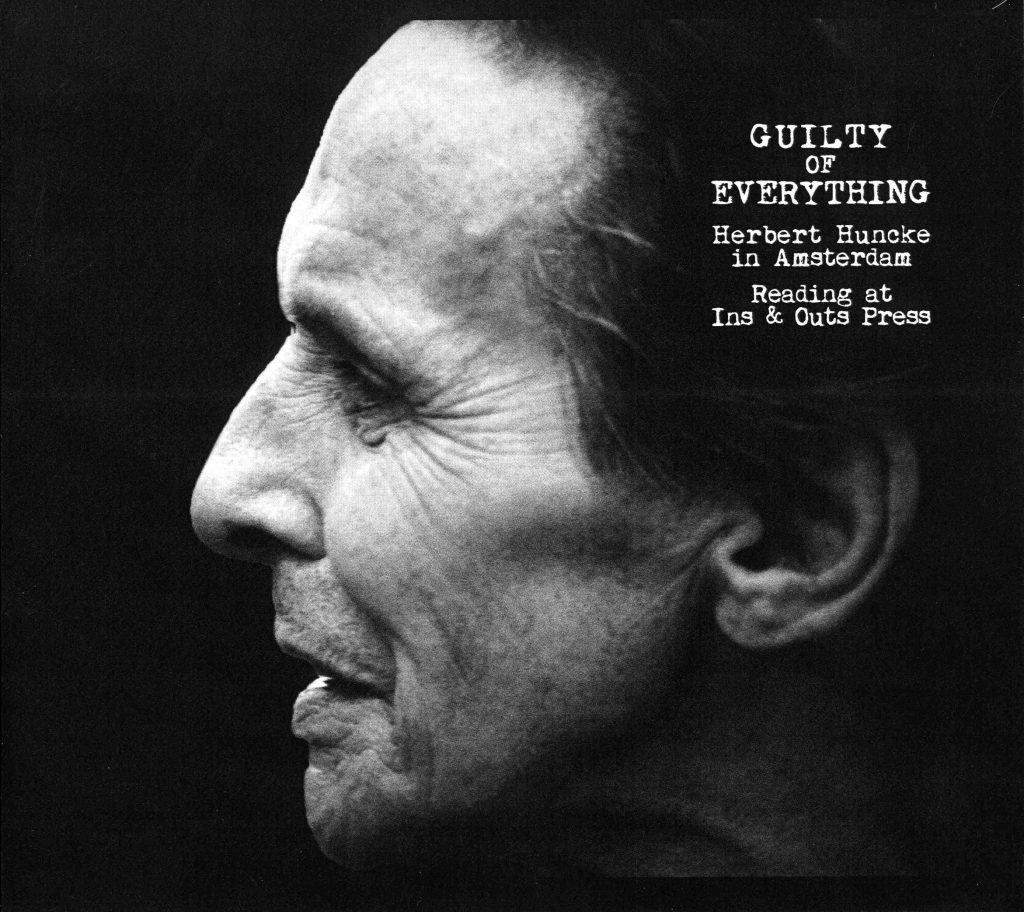 Hobo, drug addict, merchant marine, street hustler, storyteller, writer. The man whose lifestyle and easy manner of speaking influenced so many eventually famous authors and poets, e.g. Jack Kerouac, William Burroughs and Allen Ginsberg. Not many people can hold an audience’s attention for two solid hours, especially with prose. Herbert did just that. He was 72 at the time. And still on fire. This recording, the only one ever made of a Huncke reading in Europe, has waited 25 years to get released Eddie Woods from his intro to this release.”
-Eddie Woods from his intro to this release 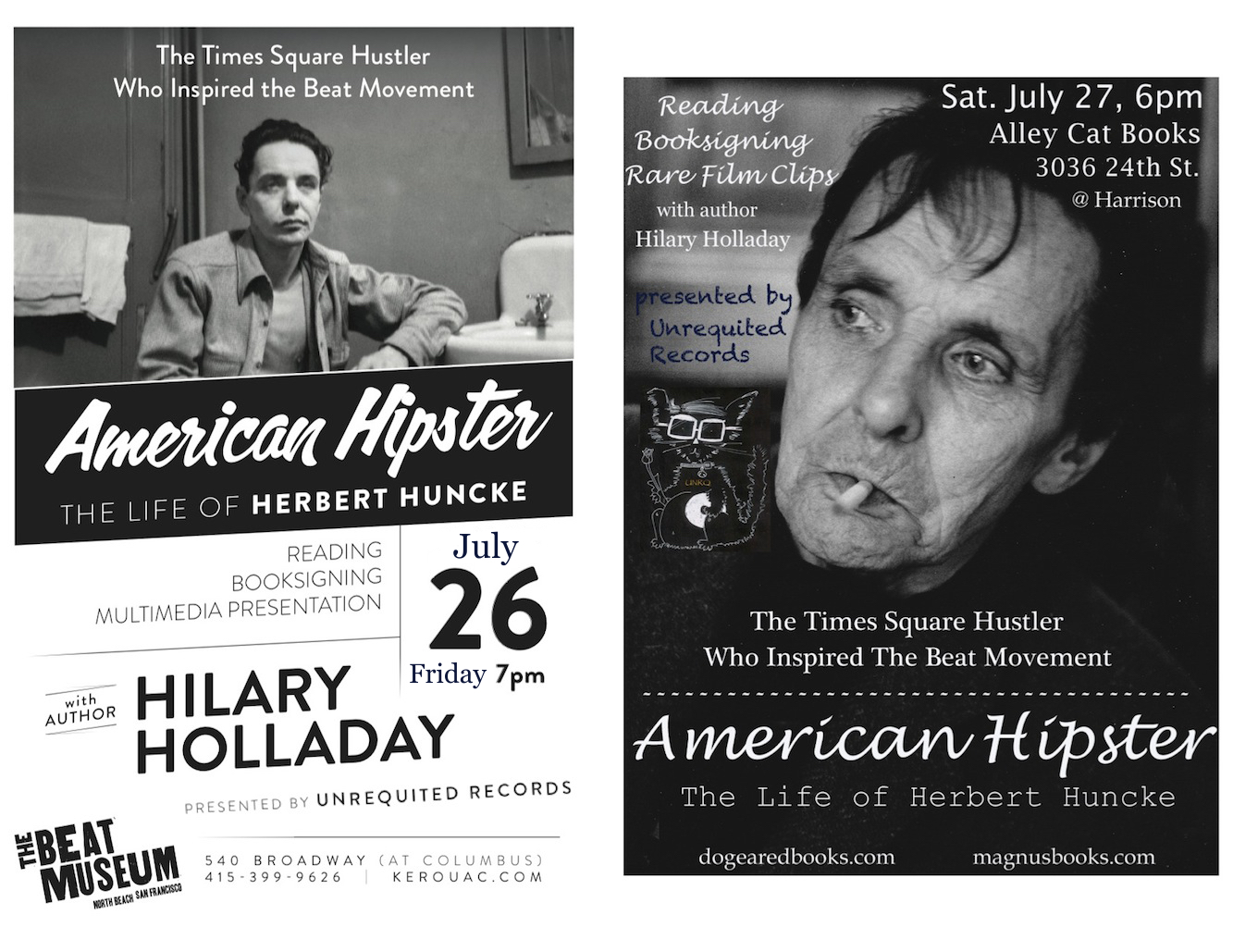 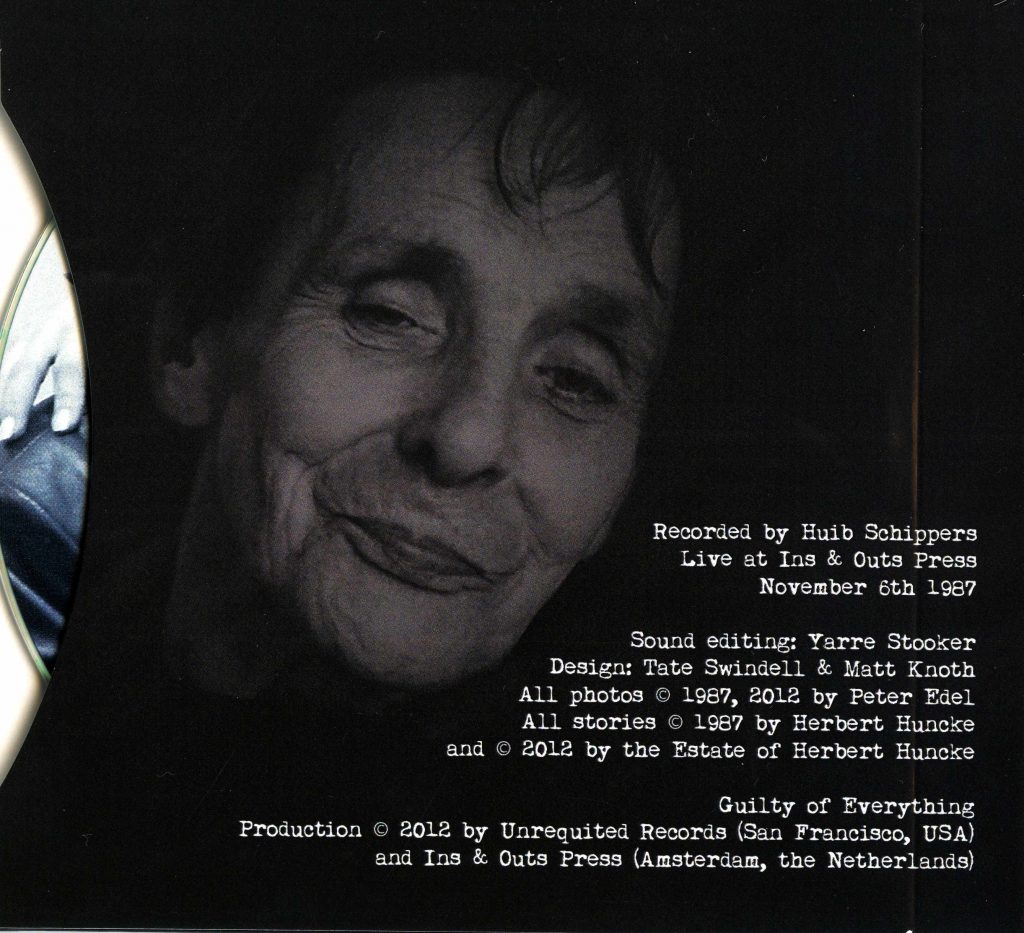 “For Herbert writing was a visceral release. He liked the sensation of putting pen to paper. He wrote in small notebooks, or on paper bags garnered at Greyhound Bus stops en route to a detox hospital in Lexington, Kentucky.

“Herbert’s aim was to produce a ‘living document.’ To describe a scene as it happened, without adding his opinions. ‘It’s harder than you think,’ he told me. He was aided by an excellent memory and a great eye for detail.

“Writing in prison was difficult. He felt restricted by the walls. In the outside world he would wait till everyone else had gone to sleep, and then transcribe the day’s events or compose a sketch from an earlier time.”

-Jerome Poynton from his liner notes to Herbert Huncke – Guilty of Everything.”

Click above to purchase Herbert Huncke CD (2 Discs)
$20.00 does not includes shipping & tax 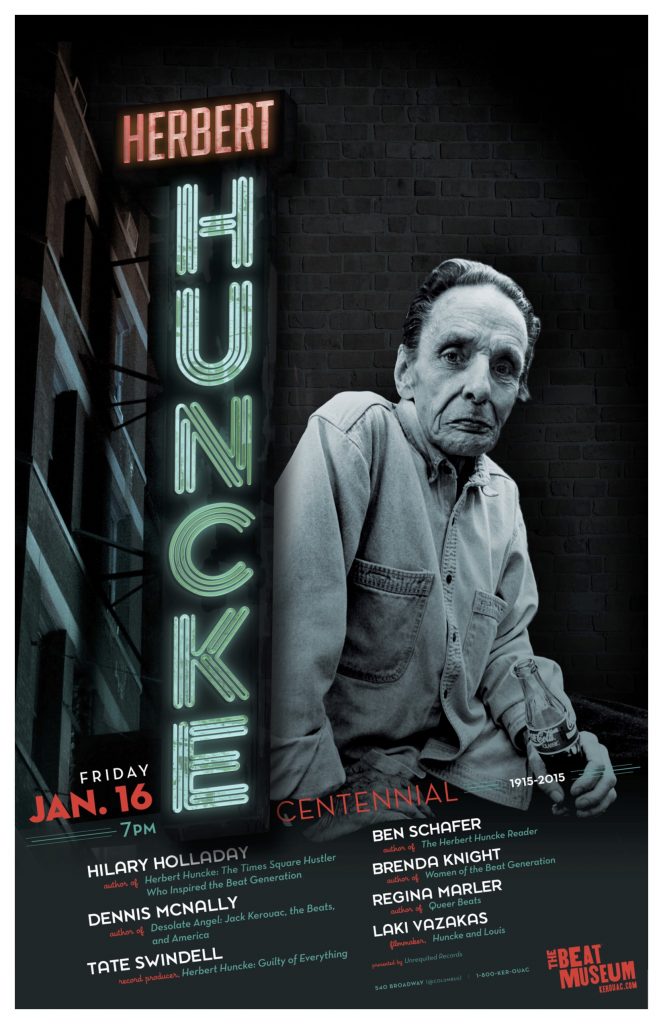 This tribute album is both a Vinyl and CD production. The Vinyl is a limited edition of 250 with a gatefold design, 180 gram, colored double-vinyl. The CD is a double-disc with bonus material not included on the vinyl. All vinyl orders include a download of the digital version. Available for purchase August 10th, 2014.

The first half of the album contains various readings by Micheline transferred from cassette tape mixed in with interview excerpts.
The second half includes poets and friends of Micheline’s reading his work, poems in tribute, or sharing remembrances.

Each version is different (vinyl, CD, download) as they progressively contain more material. The vinyl purchase comes with a download code for the download version also available on Bandcamp.com

Click above to purchase Jack Micheline – Give America A Break (Double Vinyl Record)
$30.00 does not include shipping and tax

Jack Micheline was one of a kind. Often described as a Beat poet , he was in fact never part of any literary movement or scene. Jack was a troubadour, with an original mind and a unique poetic voice. He was also a man of the people. In his younger years he would boogie uptown from Greenwich Village to haunt the streets and jazz joints of New York’s Harlem, the pulsating neighborhood he so eloquently portrays in his tragically moving ‘O Harlem.’

“Jack was brought to Amsterdam by Soyo Benn Posset for the 1982 One World Poetry Festival. When it finished, I put him up in the guest quarters at Ins & Outs Press and arranged a reading. To the delight of a spellbound audience, he gave his usual knockout performance.”

-Eddie Woods from his intro to Jack Micheline in Amsterdam

Jack Micheline in Amsterdam was originally released on cassette tape in 1982 by Ins & Outs Press. Eddie Woods and Tate Swindell are now releasing it on Compact Disc.

Click above to purchase Jack Micheline In Amsterdam CD
$10.00 does not include shipping and tax